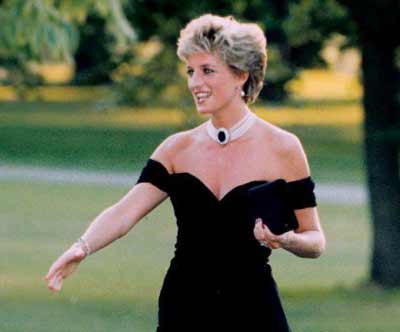 The producers behind hit Netflix series ‘The Crown’ are preparing to shoot the scenes leading up to Princess Diana’s death, which is causing some anxiety among the cast and crew, Variety understands.

The scenes are due to be shot in the next two weeks with Elizabeth Debicki playing Diana. A source said that there is a strong desire within the production team “to get it right and handle (it) sensitively.”

Not only are Diana’s sons, Princes Wiliam and Harry, still alive and continuing to grieve but the British royal, dubbed “the People’s Princess” by former Prime Minister Tony Blair, continues to hold a special place in people’s hearts some 25 years after she died in a car crash in Paris at the age of 36.

Diana was with her boyfriend Dodi Al Fayed, son of Egyptian billionaire Mohamed Al-Fayed, and pursued by paparazzi when the couple’s driver sped into a Parisian tunnel and crashed into a pillar in the Pont de l’Alma underpass on August 31, 1997. Only Diana’s bodyguard survived.

Although it is understood that makers of ‘The Crown’ do not plan to show the moment of the the crash, they will portray scenes leading up to it and its aftermath.

As Variety revealed last year, Khalid Abdalla has been cast as Dodi while Mohamed Al-Fayed will be portrayed by both Salim Daw and Amir El-Masry. El-Masry will play a younger Al-Fayed, presumably in flashback sequences.

‘The Crown’, which is currently shooting its sixth and supposedly final season, has always been innovative about which episodes of the British royal family’s life it portrays on screen, often staying away from anything obvious in favour of more intimate moments.

Diana’s wedding to Prince Charles, for example, was not shown on screen although audiences were privy to a short montage of the couple getting dressed in their bridal finery alongside a voiceover of a clergyman reading their marriage rites. The scene ended as Diana, in her wedding dress, walked into the hallway and through some double doors.

The fifth season of ‘The Crown’ which will follow the family throughout the 90’s, is set to air next month with a new cast taking over the roles.