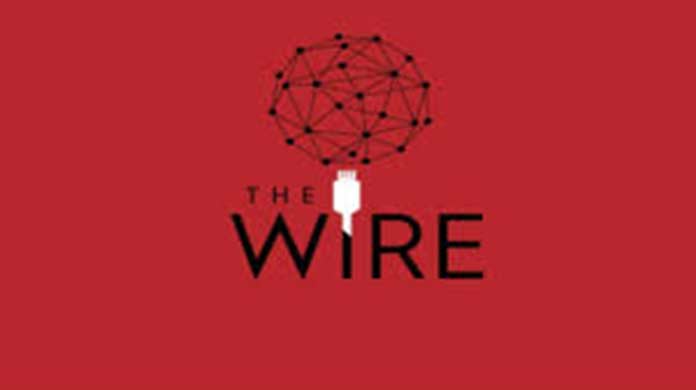 News portal ‘The Wire’ has filed a police complaint against its former consultant Devesh Kumar in connection with a “fabricated” story related to the BJP’s IT department head Amit Malviya, a senior police officer said on Sunday.
According to the officer, the news portal filed the complaint late on Saturday through e-mail.
Earlier on Saturday, the Delhi Police had filed an FIR against ‘The Wire’ and its editors based on a complaint by Malviya, who accused it of “cheating and forgery” and “tarnishing” his reputation.
“A case has been filed. Investigation will be initiated and necessary action will be taken,” the officer said.
Malviya had on Friday said he will pursue criminal and civil proceedings against the portal over stories, since retracted, which insinuated that he enjoyed a special privilege on Meta platforms through which he could get any story taken down if he believed it was against the BJP’s interests.
Malviya’s complaint was filed with Delhi Police’s special commissioner (crime) against ‘The Wire’, its founding editors Siddharth Varadarajan, Sidharth Bhatia and M K Venu, deputy editor and executive news producer Jahnavi Sen, the Foundation for Independent Journalism and some unknown people.
The complaint was filed for various offences punishable under sections 420 (cheating), 468 and 469 (forgery), 471 (fraud), 500 (defamation) r/w 120B (criminal conspiracy) and 34 (criminal act) of the Indian Penal Code.
Though ‘The Wire’ has apologised to its readers and withdrawn the stories, the BJP leader had noted that the news portal did not offer him an apology despite “maligning and tarnishing my reputation and causing serious harm to my professional career”.
The Wire, in a statement on Thursday, said journalists rely on sources for stories and do their best to verify material they receive.
“Technological evidence is more complicated and the usual due diligence may not always reveal the fraud perpetrated upon a publication. This is what happened to us,” it said.