‘The Witcher’ Season 4 recasts Geralt of Rivia with Hemsworth 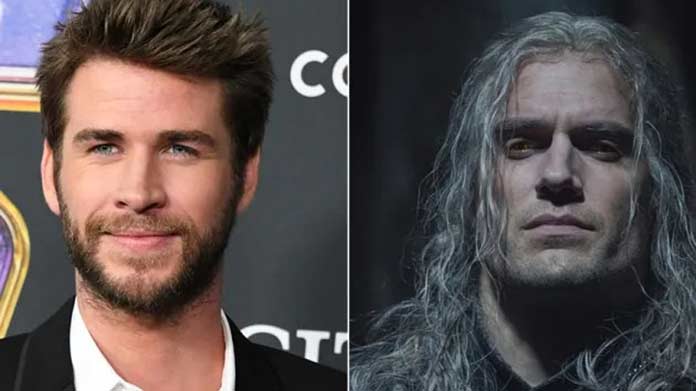 “The Witcher” has been renewed for a fourth season by Netflix, though the hit fantasy series will be missing one familiar face. Henry Cavill will exit the production after the upcoming third season debuts, with Liam Hemsworth set to take over the lead role of Geralt of Rivia.
The streamer announced the renewal and casting news on Saturday afternoon, with both Hemsworth and Cavill also releasing statements. Reading into the tone of both statements, the decision seems to be an amicable passing of the torch.
“My journey as Geralt of Rivia has been filled with both monsters and adventures, and alas, I will be laying down my medallion and my swords for Season 4,” Cavill said in a statement on Instagram.
“In my stead, the fantastic Mr. Liam Hemsworth will be taking up the mantle of the White Wolf. As with the greatest of literary characters, I pass the torch with reverence for the time spent embodying Geralt and enthusiasm to see Liam’s take on this most fascinating and nuanced of men. Liam, good sir, this character has such a wonderful depth to him, enjoy diving in and seeing what you can find.”
“As a Witcher fan I’m over the moon about the opportunity to play Geralt of Rivia. Henry Cavill has been an incredible Geralt, and I’m honoured that he’s handing me the reins and allowing me to take up the White Wolf’s blades for the next chapter of his adventure,” Hemsworth’s statement reads. “Henry, I’ve been a fan of yours for years and was inspired by what you brought to this beloved character. I may have some big boots to fill, but I’m truly excited to be stepping into The Witcher world.”
Cavill has starred as the monster hunter Geralt on “The Witcher” since the Netflix series debuted in Dec. 2019. The show’s upcoming third season, which has set a release window of Summer 2023, will now be the actor’s last with the series.
“The Witcher” has emerged as somewhat of a flagship franchise for Netflix over the years. A four-part prequel series starring Michelle Yeoh, “The Witcher: Blood Origin,” is set to premiere on Christmas Day. Recasting the lead role of the franchise’s mainline series after Cavill’s departure further underlines how invested the streamer is in the property.
Hemsworth is best known for his role as Gale Hawthorne in “The Hunger Games” series, starring opposite Jennifer Lawrence and Josh Hutcherson. More recently, he has starred with Christoph Waltz in the Roku Channel’s “Most Dangerous Game” series, which was renewed for a second season in August 2021. He also stars in Russell Crowe’s upcoming thriller “Poker Face.”
(Variety)

Previous article
Slideshow: Super Foods for Your Bones
Next article
Prince says ‘so much’ of father Michael remains ‘in his music’
Must Read

Modi stresses on use of latest tech to track economic offenders

Akshay Kumar could return to ‘Hera Pheri’ universe as Raju

Nick Bollettieri, coach to many tennis stars, dead at age 91