TN to hand over Coimbatore explosion case probe to NIA 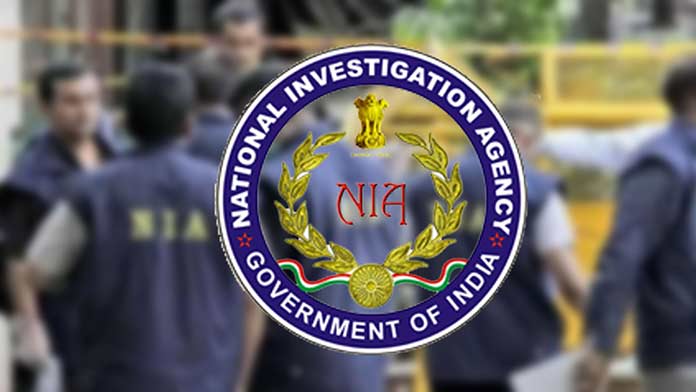 A probe by the National Investigation Agency (NIA) into the Coimbatore explosion case would be recommended to the Centre, the Tamil Nadu government said here on Wednesday.
The state government also announced raising a special police force to foil sabotage and bolster its intelligence wing. In a high-level meeting chaired by Chief Minister M K Stalin at the Secretariat, the present status of investigation related to the explosion was taken up and it was decided to set up a special force to prevent similar incidents.
On 23 October, 75-kg explosives were seized in Coimbatore from the residence of 29-year-old Jameesha Mubeen who was killed after a gas cylinder exploded. The explosion happened while he was moving past a temple on a car in Tamil Nadu’s western textile city and he had allegedly tried to evade a police check post.
Senior officials of the NIA held discussions in Coimbatore on Wednesday with Tamil Nadu police over the explosion and the investigation. Quoting Stalin’s directives to officials in the meet here, the government said it was decided to recommend to the Centre to entrust the case to the NIA.
The move is considering the possibilities of links transcending Tamil Nadu borders and the likelihood of international connections emerging during the investigation of the explosion case, an official release here said.
As part of measures to further strengthen security, the government said it would set up new police stations at the three localities of Karumbu Kadai, Sundarapuram and Koundampalayam in Coimbatore.
During Stalin’s review of the overall law and order and security scenario in the state, it was decided to install additional high-tech surveillance cameras in key cities of Tamil Nadu including Coimbatore.
The Chief Minister directed officials to post additional personnel in the intelligence wing and protect and encourage informers.
Chief Secretary V Irai Anbu, Director General of Police C Sylendra Babu and top state and intelligence officials took part in the high-level meeting.
Coimbatore was brought under a tight security cover, following the explosion in front of Kottai Eswaran Temple in the heart of the city in the communally sensitive Ukkadam area, on Deepavali eve.
In the meanwhile, over 100 BJP workers and sections of local people held a prayer meeting and lit lamps in front of the Lord Shiva temple to thank the presiding deity for protecting the city and its people from a “big disaster”.
Led by BJP Mahila Morcha president and Coimbatore South MLA Vanathi Srinivasan, a group of women sat on the ground and lit lamps. Kottai Eswaran temple is formally known as Sangameswarar temple.
The Unlawful Activities (Prevention) Act has been invoked in the Coimbatore explosion case and five men — associates of Mubin — have been arrested so far and the state police is currently probing the matter.
Mubin was quizzed by the NIA in 2019 in connection with a case on propagation of ISIS ideology. In 1998, Coimbatore witnessed bomb blasts.

SourcePTI
Previous article
Cong will be strengthened under Kharge: Sonia
Next article
Print images of Lakshmi, Ganesha on currency notes, Kejriwal to PM Modi
Must Read