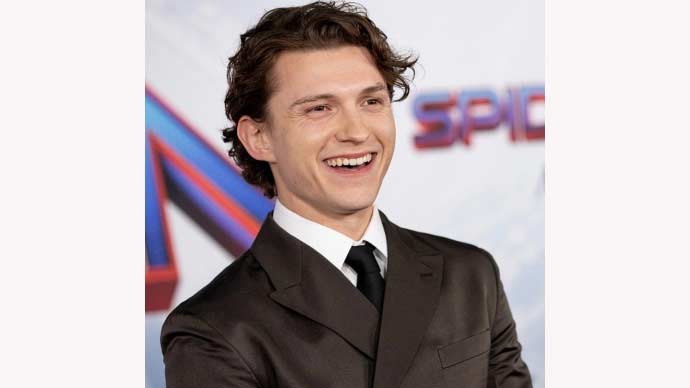 Hollywood star Tom Holland will likely return as Spider-Man as he has reportedly signed a new deal for another ‘Spider-Man’ trilogy, which will be developed at Sony Pictures in partnership with Disney and Kevin Feige’s Marvel Studios.

On ‘The Hot Mic with Jeff Sneider and John Rocha’ podcast, Jeff Sneider said that Holland “closed a deal” for the yet-to-be-titled ‘Spider-Man 4’, the follow-up to ‘Spider-Man: No Way Home’ (2021), reports aceshowbiz.com.

According to Sneider, the British heartthrob’s renewed contract includes another ‘Spider-Man’ trilogy and at least three more appearances, but it’s not clear whether that means within the MCU or Sony’s Spider-Man Universe.

“This is not the last movie that we are going to make with Marvel – (this is not) the last Spider-Man movie,” Pascal told Fandango while promoting ‘No Way Home’.

“We are getting ready to make the next Spider-Man movie with Tom Holland and Marvel. We’re thinking of this as three films, and now we’re going to go onto the next three. This is not the last of our MCU movies.”

However, Sony insiders later refuted Pascal’s claims, saying there were “no official plans” for “Spider-Man 4” or a second trilogy.

Feige, meanwhile, reiterated Pascal’s statement as he told The New York Times, “Amy and I and Disney and Sony are talking about – yes, we’re actively beginning to develop where the story heads next, which I only say outright because I don’t want fans to go through any separation trauma like what happened after ‘Far From Home’. That will not be occurring this time.”

Sony and Marvel gave fans a scare in 2019 as they were unable to reach a new agreement for a third solo Spider-Man movie after “Spider-Man: Far From Home”.