‘Top Gun: Maverick’ is unstoppable, jets past $400 million mark in US 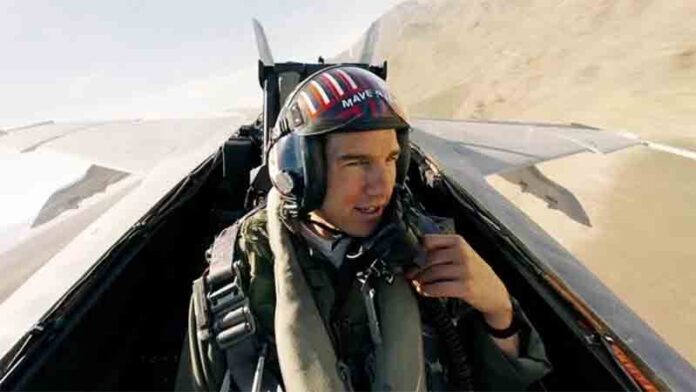 The jet engines of Tom Cruise’s charm and the nostalgia quotient seem to working at full blast as Hollywood’s recent release ‘Top Gun: Maverick’ has attained the Mach 10, soaring past $400 million at the US domestic box office, making it the highest-grossing movie of the year in the US.
With $401.8 million in North American ticket sales, Tom Cruise’s patriotic blockbuster has surpassed ‘Doctor Strange in the Multiverse of Madness’ ($398 million) to claim the No. 1 spot.
According to ‘Variety’, it’s only the second movie in pandemic times to cross $400 million stateside, ‘Spider-Man: No Way Home’ being the first.
While the film may have clear skies in June, heavy turbulence is expected for the Tom Cruise-starrer in July as ‘Maverick’ will have to fight off heavyweights like ‘Thor: Love and Thunder (July 8), ‘Minions: The Rise of Gru’ (July 1) to keep the domestic crown through 2022.
‘Variety’ further states that internationally, the sequel to 1986’s ‘Top Gun’ has earned $362 million, taking its global total to a massive $783.8 million. Even by pre-COVID standards, ‘Maverick’ is smashing box office expectations. Since ticket sales have stayed strong in recent weeks, industry analysts believe the film will at least cross $900 million by the end of its theatrical run and could even surpass the coveted $1 billion mark.
‘Top Gun: Maverick’ already stands as Cruise’s highest-grossing film in North America, but it’s close to becoming the actor’s biggest movie at the global box office. ‘Mission: Impossible – Fallout’, which collected $791 million worldwide in 2018, currently stands as his highest-grossing blockbuster of all time.
‘Top Gun: Maverick’ opened over Memorial Day weekend and set a holiday record, collecting $160.5 million in its first four days of release. It was the first movie in Cruise’s 40-year career to surpass $100 million in a single weekend.
Directed by Joseph Kosinski, the $170 million-budgeted ‘Top Gun: Maverick’ picks up decades after the original and follows Cruise’s Pete ‘Maverick’ Mitchell as he trains a new group of aviators for a crucial assignment.

Deepti sharma climbs to second spot;closes in on Sophie as top T20I bowler

Budget Relief: No tax for income up to Rs 7L in new tax regime