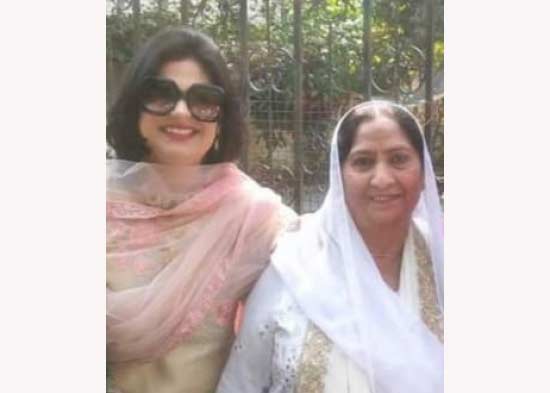 Two people have died in the house collapse incident in the Hazratganj area of Lucknow.

An elderly woman, who was rescued from under the debris after a four-storey residential building collapsed on Tuesday evening, was rushed to hospital where doctors declared her brought dead.

She was identified as Begum Haider, 72, the wife of senior Congress leader Amir Haider.

An hour later, Uzma Haider, daughter-in-law of Begam Haider, was also pulled out from the debris and taken to Civil hospital in a critical condition where she also was declared dead during the treatment.

Amir Haider was rescued a few hours earlier and was in critical condition after being taken out of the rubble.

Around 15 people have been rescued so far, including Haider. The remaining injured persons, including those who were taken out of the collapsed site on Tuesday evening itself, are currently undergoing treatment at various hospitals in Lucknow.

Although the cause of the collapse has not been ascertained, officials have said the building – comprising as many as 12 flats and two penthouses on the top floor – were illegal and the layout map was not passed by the builder.

Lucknow Divisional Commissioner Roshan Jacob said action will be taken against the builder.

Uttar Pradesh DGP DS Chauhan has also echoed Jacob, adding that “strictest action” will be taken against whoever is found responsible for the incident.