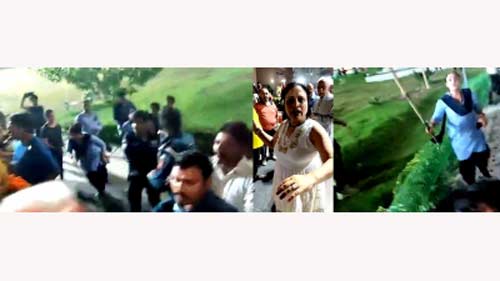 A dispute amongst the members of Hyde Park Society’s Apartment Owners Association (AOA) located in Sector 78, resulted in a clash between two groups. It is alleged that the security guards of the society resorted to violence on behalf of one group, in which two women were injured. Kotwali Sector 113 police is probing the matter.

It is alleged that the security guards beat up people in favour of Dinesh Negi which resulted in chaos in the society. The police reached the spot and brought the situation under control.

Two security guards have been taken into custody. CCTV footage is being checked and all those involved in the assault will be identified on the basis of the footage and action will be taken against them, said the police.