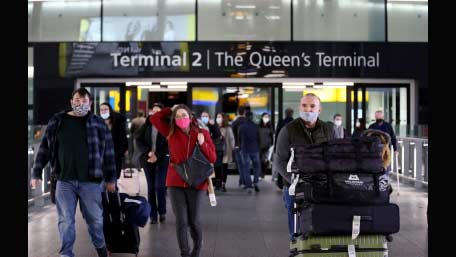 UK Defence Secretary Ben Wallace has rejected the idea of a blanket ban on visas for Russians, but insisted “we can toughen up the conditions”.

“I certainly think we can toughen up the conditions of our visas. I am not sure whether an outright ban is the right way,” dpa news agency quoted Wallace as saying to the BBC

“I think that’s a matter for the Home Secretary to look at. But I don’t like, and I’m sure none of your listeners like watching oligarchs’ wives or indeed Russian senior officials’ wives enjoying themselves in Greece or south of France, or super yachts around the world while their army is committing war crimes in Ukraine,” he said.

“I think that is very wrong. I think the problem has been all the way back to 2014, that Russia invaded Crimea, illegally annexed it, and then it was allowed in some countries to carry on as if nothing had really changed.”

In the wake of Russia’s continued war against Ukraine, several European countries have announced restrictions on tourist visas for Russians.

However, Russian nationals with a visa issued by one of the other Schengen countries or who are already in the Schengen area will still be able to enter Estonia.

The Czech Republic is also limiting Russian visas and Denmark has called for a European Union (EU)-wide stance on banning tourist visas for Russians.

Sweden is yet to decide on its stance while Norway would support any joint action by the EU.

Kashmiri Pandits are asking what has govt done for us: Rahul