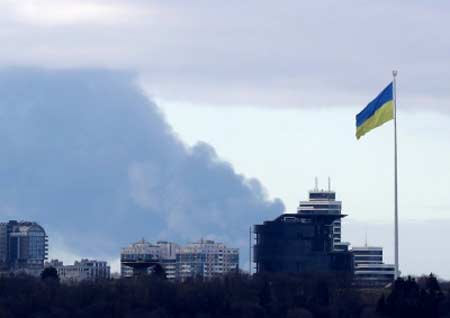 Amid the ongoing war, Ukraine is aiming to attract $7.8 billion in foreign aid by the end of the year, Finance Minister Serhiy Marchenko said.

Marchenko told reporters in Kiev that Ukraine is counting on receiving $4.8 billion from international partners this month, and the rest of the sum in December, reports Xinhua news agency.

“December is the last month of the year and usually December expenses are the highest and above the monthly average. Therefore, of course, we are now looking for all the possibilities to pass through both November and December painlessly,” the Minister said.

While commenting on the financing in January-March 2023, Marchenko said that Ukraine is going to send part of the announced assistance of 18 billion euros from the European Union to cover the budget gap.

According to the government, Ukraine needs about $5 billion per month to offset its budget deficit.

Last month, the Finance Ministry said that Ukraine had received $24.1 billion in international aid since the start of the war with on February 24.