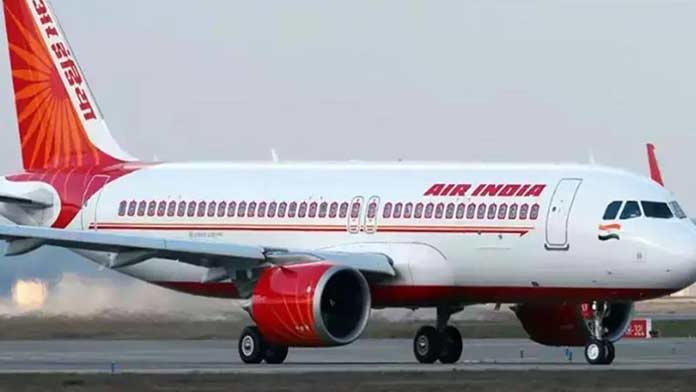 Aviation regulator DGCA on Friday imposed a penalty of Rs 30 lakh on Air India as well as suspended the license of the pilot-in-command of the New York-Delhi flight in which a person allegedly urinated on a female co-passenger.
In the incident, which happened on November 26, 2022, the watchdog has also slapped a fine of Rs 3 lakh on Air India’s Director of in-flight services for failing to discharge her duties.
The enforcement actions for violation of applicable norms come nearly two months after the incident, which came to the notice of the Directorate General of Civil Aviation (DGCA) only on January 4.
This is also the first time that DGCA has penalised an airline for unruly passenger behaviour onboard a flight.
In a statement, an Air India spokesperson said it is in receipt of the DGCA order and studying it.
“We respectfully acknowledge the gaps in our reporting and are taking relevant steps to ensure that the same are addressed. We are also strengthening our crews’ awareness of and compliance with policies on the handling of incidents involving unruly passengers,” the airline spokesperson said. On Thursday, Air India had imposed a four-month flying ban on Mishra, who is in jail now. Earlier, the airline had barred him from flying for 30 days.
In its statement on Friday, the Directorate General of Civil Aviation (DGCA) said enforcement actions have been taken in the incident, which came to the notice of the regulator on January 4.
The watchdog had issued show cause notices to Air India’s Accountable Manager, Director in-flight services, all the pilots and cabin crew members of that flight as to why enforcement action should not be taken against them for dereliction of their regulatory obligations.
DGCA examined the written replies of Air India and the personnel involved and decided on the enforcement actions.
A “financial penalty of Rs 30,00,000 has been imposed on Air India for violation of applicable DGCA Civil Aviation Requirements (CAR),” the regulator said.
Further, the watchdog said the license of the pilot-in-command of the said flight has been suspended for three months for failing to discharge his duties as per Rule 141 of the Aircraft Rules, 1937 and applicable DGCA CAR.
A financial penalty of Rs 3 lakh has been imposed on the Director-in-flight services of M/s Air India for failing to discharge her duties as per applicable DGCA CAR, it added.
The incident of passenger misbehaviour occurred on the AI-102 flight from New York to Delhi on November 26 last year, wherein a male passenger conducted himself in a disorderly manner and allegedly relieved himself on a female passenger, DGCA said.
The CAR related to the handling of unruly passengers was issued by DGCA in September 2017.