US Senate has no objections to F-16 deal with Pak: State Dept 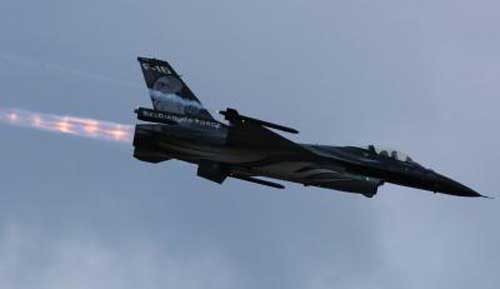 The US State Department has said that the Pakistan F-16 programme was an important part of the broader Washington-Islamabad bilateral relationship, as the American Senate did not object to the proposed $450 million deal with the South Asian nation.

The proposed sale would also “ensure Pakistan retains interoperability with the US and partner forces in ongoing counterterrorism efforts and in preparation for future contingency operations”, the official added.

Media reports on Wednesday said that the US was all set to provide $450 million F-16 sustainment package to Pakistan as “there has been no objection to the deal from the Senate within the mandatory 30-day notice period”.

On September 7, the State Department notified Congress, through the Senate Foreign Relations Committee, about the Biden Administration’s decision to offer this deal to Pakistan under the Foreign Military Sales (FMS) programme, Dawn reported.

“Upon such notification, the Congress has 30 calendar days during which the sale may be reviewed,” Senate Foreign Relations Committee Chairman Senator Robert Menendez told the Senate days later on September 13.

Diplomatic sources in Washington told Dawn new that Congress “does not need to take action to positively approve” a proposed deal.

After the completion of the mandatory 30-day period, the deal would be considered approved, the sources added.

The next step is for Pakistan to conclude a Letter of Offer and Acceptance with the US Department of Defence (DOD).

If and/or when an agreement is concluded, it usually results in the DOD issuing a contract several months later.

The delivery timeline for the deal is determined by both governments