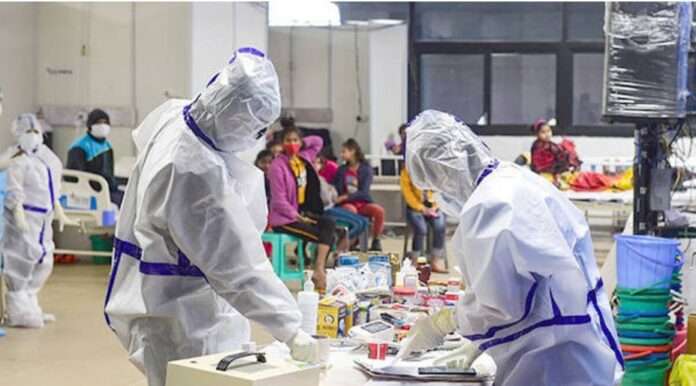 India may begin inoculating children in the 12-14 age group against Covid-19 in March as the 15-18 population is likely to get fully vaccinated by then, Dr N K Arora, chairman of the Covid-19 working group of NTAGI, said on Monday.

“Adolescents in this age group have been actively participating in the inoculation process, and going by this pace of vaccination, the rest of the beneficiaries in the 15-18 age group are likely to be covered with the first dose by January-end and subsequently their second dose is expected to be done by February-end,” said the chairman of the Covid working group of the National Technical Advisory Group on Immunisation (NTAGI).

Once the 15-18 age group is covered, he said, the government is likely to take a policy decision for initiating the vaccination drive for the 12-14 age group in March, he said.

According to him, there is an estimated 7.5 crore population in the 12-14 age group.

Provisional vaccination reports till 7 am on Monday showed that with more than 39 lakh doses being administered in a span of 24 hours, the cumulative number has exceeded 157.20 crore doses. According to government data, over 3.45 crore first doses have been given to children in the 15-18 years age group so far.Human trial of India’s first mRNA vaccine soonThe human trials of the country’s first messenger mRNA vaccine is expected to begin in February amid a sharp rise in Covid-19 cases, official sources said on Monday. According to ANI report, the Pune-based Gennova Biopharmaceuticals has submitted phase 2 data of mRNA vaccine and has also completed the recruitment of phase 3 data.Drugs Controller General of India’s (DCGI) Subject Expert Committee (SEC) is expected to review the data soon, the official sources said. Gennova Biopharmaceuticals has also developed the mRNA vaccine for the Omicron variant that will be tested on humans for efficacy and immunogenicity soon, the official sources said.Earlier in the month of September 2021, the Gennova issued a press statement and updated about the vaccine trials, “The DCGI, had approved Phase II and Phase III study protocols for HGCO19, India’s first mRNA-based COVID-19 vaccine, developed by Gennova Biopharmaceuticals Limited (‘Gennova’) back in August.”mRNA vaccines belong to the category of nucleic acid vaccines, which use genetic material from disease-causing virus or pathogen to trigger an immune response against it within the body.