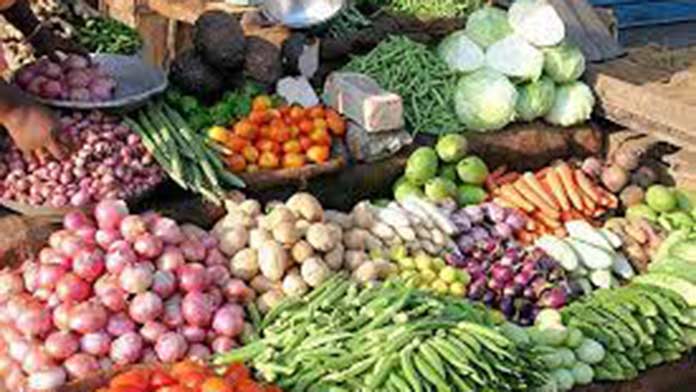 Owing to excessive rainfall and crop damage, the new average retail prices for common garden vegetables have now shot up to Rs 120-140 per kg from Rs 60-80 earlier in metros including Mumbai. Some traders have blamed rising fuel and transportation costs for the price rise.
According to ET report, mounting food inflation has been a hassle for consumers and policymakers alike in India since the beginning of the ongoing calendar year. Oil and gas prices have been on an uptrend and the unseasonal rains have only added to the troubles for India’s farmers and consumers.
Retailers attribute the inclement weather in the past to the increased prices of vegetables. According to vegetable vendors, the vegetables lying in the field got rotten due to incessant rains. This condition of the market has happened due to the shortage of the vegetables that could not reach the market and the general public.
“Tomatoes have wilted in all growing areas (Maharashtra, Karnataka and Gujarat) due to heavy rainfall. Good red fruit costs Rs 40-50 in wholesale so naturally retail rates are Rs 60-80. The situation will improve only after the new crop arrives mid-November. Same is the case with other vegetables. Only 20-30% of the current crop is of good quality. The remaining is average or below par,” Shankar Pingale, director at APMC Vashi told TOI.
Pingale has blamed excess and unseasonal rainfall for crop damage and consequent shortages.
A report by TOI shows that in Andheri Lokhandwala, tomatoes were sold for Rs 60 per kg on Tuesday. Spinach is available for Rs 50 per bunch, while lady finger is Rs 120 per kg and gavar (cluster beans) Rs 160. Pointed gourd, or parwal, is being sold at Rs 120 per kilo in Matunga, which is one of the costliest retail markets in the city.
Cauliflower, which is usually sold for Rs 16-18 is now being sold at Rs 60 in the wholesale market. Traders were earlier buying one lemon for around 50 paise- Rs 1, are now shelling out Rs 4-5 per fruit.
Multiple farmers across India have reportedly faced crop losses. This means that food prices, already at their highest in over two years, could stay elevated, instead of tapering after the harvest as they usually do. India’s millions of rural poor will be particularly affected, hit by both the bad crop and the high prices.
Along with grains, the prices of vegetables, milk, pulses and edible oils, which account for over a quarter of the overall consumer price index, are rising and likely to remain high in coming months. Economists say annual headline retail inflation will likely start easing from September’s 7.41% peak because of a jump in the index in corresponding months last year, but price pressures on grains, vegetable and milk is set to persist.
The Reserve Bank of India in its bulletin recently opined that the headline inflation will ease from September levels albeit stubbornly and the fight against inflation will be “dogged and prolonged.”
Besides keeping inflation high, higher food prices will be more of a burden in the countryside, where wages have not kept pace with inflation. Meanwhile, rising incomes and a boom in consumption in the towns and cities are driving overall growth to a forecast 7% in the current April-March fiscal year, the highest among major world economies.
According to a research report by Crisil, September inflation was at 8.1% for rural poor, defined as the bottom 20% of the population in terms of consumption. In urban areas, inflation for the wealthiest 20 percent segment was only 7.2%.
“Higher food inflation does tend to act as a regressive tax on the poor,” said Yuvika Singhal, economist at QuantEco Research. “In a post pandemic world, it can stand to perpetuate the K-shaped economic recovery and widen income inequalities further.”
The prospect of stubbornly high inflation could force the central bank to increase rates further, possibly dampening growth.
The government, which is facing key state elections later this year, will be under pressure to respond to the rural distress.
Last month, India extended the world’s biggest free food programme for the poor by three months to December but traders say the programme cannot be prolonged for much longer since food stocks are dwindling. Wheat stocks with state-run agencies have fallen to 22.7 million tonnes as on Oct. 1 from to 46.9 million tonnes a year ago.
However, government officials say stocks are adequate.

SourceAGENCIES
Previous article
Aadhaar usage records growth
Next article
JioMart on WhatsApp a big opportunity for us: Zuckerberg
Must Read