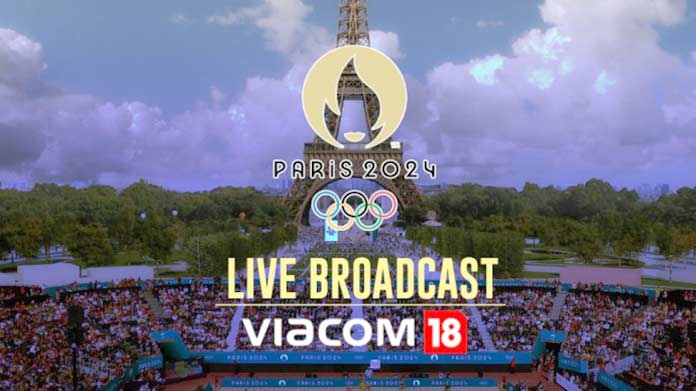 The International Olympic Committee (IOC) announced on Wednesday that Viacom18 (Viacom18 Media Private Limited) has secured the exclusive media rights to broadcast the 2024 Paris Olympic Games across India and the subcontinent.
“Fans across India and the Subcontinent will be able to witness the magic of the Olympic Games through this partnership with Viacom18. As a dynamic sports and media market, this is an important strategic region for Olympic broadcasting, and this new media rights agreement will help us inspire fans and young people across these countries to engage with Olympic sports and the Olympic values,” said Thomas Bach, IOC President, in an official statement.
Apart from this, Viacom18 has also got non-exclusive rights to the Winter Youth Olympic Games Gangwon 2024, in Bangladesh, Bhutan, India, the Maldives, Nepal, Pakistan and Sri Lanka. Through the agreement, it will provide multi-platform coverage of the Games, and ensure free-to-air television coverage within the region.
“The Olympic Movement is getting stronger in India, buoyed by tremendous medal-winning performances by Indian athletes and their inspiring stories, a growing sporting culture and an exponentially increased access to top-level content for millions of Indian sporting fans on their devices.”
We are delighted that we can present live Olympics content to each and every Indian through our multiple platforms, and are proud to showcase the ultimate pursuit of sporting excellence all athletes embark upon to achieve the peak of sporting glory at Paris 2024,” said Anil Jayaraj, Viacom18 Sports CEO. Viacom18 also holds the digital media rights of the Indian Premier League (IPL) from 2023-27, and had recently broadcasted FIFA World Cup 2022, BWF World Tour Finals along with Serie A and La Liga matches in football. They also have broadcast rights of the upcoming SA20 franchise league and Indian broadcast rights of international cricket in South Africa from 2024-31.

India rise to No. 3 in IBA’s world boxing