WB to grant loan for beautification of Dhaka 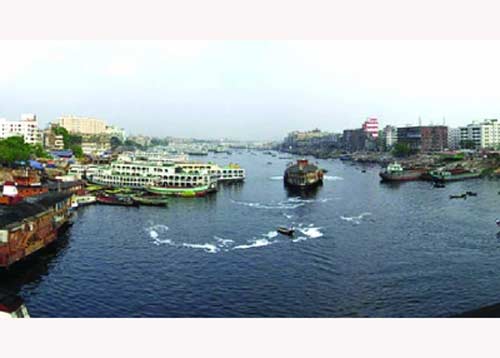 The World Bank will grant a loan to Bangladesh for a project to beautify Dhaka, one of the most congested cities in the world.

Finance Minister AHM Mustafa Kamal told journalists on Sunday that the project named ‘Beautification of Dhaka’ will be implemented in several phases.

Currently, World Bank Vice President for the South Asia Martin Raiser is on a three-day visit to Dhaka during which he is scheduled to hold meetings with Prime Minister Sheikh Hasina and other government high-ups.

He is also supposed to inspect some projects being implemented with World Bank funding.

The Finance Minister said that the “rivers around Dhaka would be freed from illegal grabbers and the city would be made livable” with the help of the World Bank grant.

Bangladesh had sought the loan during the annual meeting of World Bank and International Monetary Fund (IMF) held in Washington last month.

With a population of over 22 million, Dhaka is one of the most congested cities in the world.

The dyeing factories and tanneries are the main polluters. As a matter of fact, rivers have become a dumping ground for all kinds of solid, liquid, and other chemical waste.

Encroachment on rivers is a common practice in Bangladesh. Most of the natural drainages of Dhaka City disappeared or are in the way due to illegal encroachment.

Besides, in Dhaka contamination of water is occurring from human excreta as well, as 70 per cent of the population of the city does not have access to improved sanitation facilities.

People living near the rivers, having no other alternative, are forced to use polluted river water. Some also use the water because they are unaware of the health risks. This causes the spread of waterborne and skin diseases.

Solid waste and different effluents dumped into the rivers make it difficult for fish and other sub-aquatic organisms to live.