Will not surrender to Islamic clergy when deciding legal questions: Kerala HC 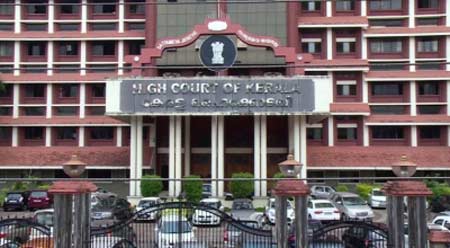 The Kerala High Court on Tuesday held that it will not surrender to the opinions of the Islamic clergy when deciding legal questions as they have no legal training.

A division bench of Justices Muhamed Mustaque and C.S Dias said that when it comes to law, the courts are manned by trained legal minds and only in matters related to beliefs and practices will the opinion of the clergy be considered.

“The courts are manned by trained legal minds. The court shall not surrender to the opinions of the Islamic clergy, who have no legal training on the point of law. No doubt, in matters related to beliefs and practices, their opinion matters to the court and the court should have deference for their views,” it stated.

To bring home the point that the clergy cannot be relied on by the Court to decide the personal law applicable to the Muslim community, the court stressed on the distinction between Fiqh and Shariah.

The court was looking into a petition seeking review of its previous judgment in which it had declared that the right to terminate the marriage at the instance of a Muslim wife is an absolute right, conferred on her by the holy Quran and is not subject to the acceptance or the will of her husband.

After hearing all the parties, the court found no reason to review its judgment and dismissed the plea.

It also pointed out that this is not a new issue and has evolved over many years as scholars of Islamic studies, who have no training in legal sciences, started to elucidate on the point of law in Islam, on a mixture of belief and practice.

Navy to open all branches for women from next year