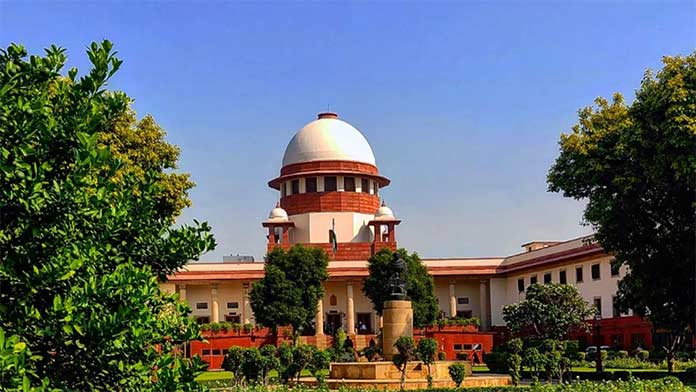 Will make guidelines on ‘living will’ more workable: Apex court

The Supreme Court said on Wednesday it will not review its 2018 judgement on passive euthanasia and only make the guidelines on “living will”, an advance medical directive on end of life treatment, more workable.
The apex court’s 2018 order on passive euthanasia wherein it recognised the right to die with dignity as a fundamental right and an aspect of Article 21 (right to life) notwithstanding, people wanting to get a “living will” registered have been facing problems due to cumbersome guidelines.
A five-judge Constitution bench headed by Justice KM Joseph said during Wednesday’s hearing a clarification by the court should not lead to more confusion.
“We will simply make it a little bit more workable, we can’t be reviewing it. We kept the matter in open court. There is nothing to be reserved. We cannot be reopening the whole thing,” the bench, also comprising Justices Ajay Rastogi, Aniruddha Bose, Hrishikesh Roy and Justice C T Ravikumar said.
Additional Solicitor General KM Nataraj contended the present proceedings fall within a very narrow compass. “Everything has already been laid down. Whatever are the practical difficulties that vacuum has to be filled in,” he said.
Senior advocate Arvind P Datar, appearing for The Indian Society for Critical Care, told the court that he has submitted a chart elaborating the areas which are unworkable.
He said suggestions put forth have been discussed with doctors and there is a complete report of the Indian Council of Medical Research.
The hearing remained inconclusive and will resume on Thursday.
More than four years after its landmark order on passive euthanasia, the top court had on Tuesday said it is for the legislature to enact a law for terminally ill patients wanting to stop treatment but agreed to modify its 2018 guidelines on “living will”.
Observing that the legislature is much more endowed with “skills and sources of knowledge” to enact a relevant law, the apex court said it will limit itself to improving the guidelines it had laid down on “living will”.
The bench had said there can only be a little tweaking of the guidelines or else it will become a review of its own 2018 judgement.
The five-judge Constitution bench was considering a plea seeking modification of the guidelines for Living Will/Advance Medical Directive issued by it in 2018.
The top court had in its March 9, 2018 judgment recognised that a terminally ill patient or a person in a persistent vegetative state may execute an advance medical directive or a “living will” to refuse medical treatment, holding the right to live with dignity also included “smoothening” the process of dying.
It had observed that the failure to legally recognise advance medical directives might amount to “non-facilitation” of the right to smoothen the dying process, and that dignity in that process was also part of the right to life under Article 21 of the Constitution.
The apex court had laid down principles related to the procedure for execution of advance directives and spelt out guidelines and safeguards to give effect to passive euthanasia in both circumstances where there are advance directives and where there are none.
“The directive and guidelines shall remain in force till Parliament brings a legislation in the field,” it had said.
The verdict had come on a PIL filed by NGO Common Cause seeking recognition of the “living will” made by terminally-ill patients for passive euthanasia.