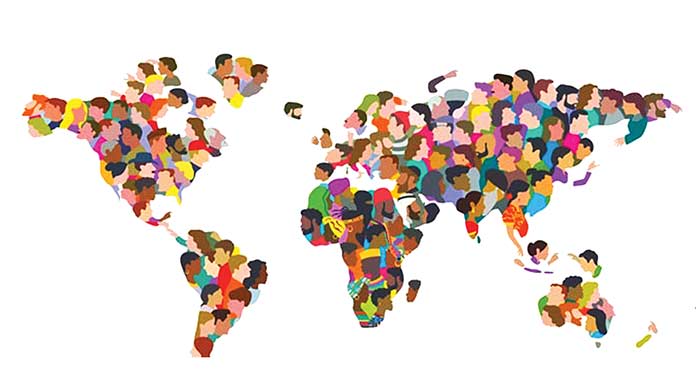 In a milestone for humanity, the global population hit 8 billion on Tuesday after having added a billion people in the last 12 years, with India on the cusp of overtaking China as the world’s most populous country next year.
The United Nations said the global milestone signals major improvements in public health that have lowered the risk of death and increased life expectancy but the moment is also a clarion call for humanity to look beyond the numbers and meet its shared responsibility to protect people and the planet. “8 billion hopes. 8 billion dreams. 8 billion possibilities. Our planet is now home to 8 billion people,” the UN Population Fund tweeted.
Unless we bridge the yawning chasm between the global haves and have-nots, we are setting ourselves up for an 8-billion-strong world filled with tensions and mistrust, crisis and conflict, said UN Secretary-General Antonio Guterres.
India is projected to surpass China as the world’s most populous country in 2023. The population prospects report said that India’s population stands at 1.412 billion in 2022, compared with China’s 1.426 billion. India is projected to have a population of 1.668 billion in 2050, way ahead of China’s 1.317 billion people by the middle of the century.
The population clock flashed 8,000,000,000 on November 15, with the world having added one billion people in the last 12 years. By comparison, the increase of world’s population over the last century has been quite rapid and despite a gradual slowing in the pace of growth, the global population is projected to surpass 9 billion around 2037 and 10 billion around 2058.