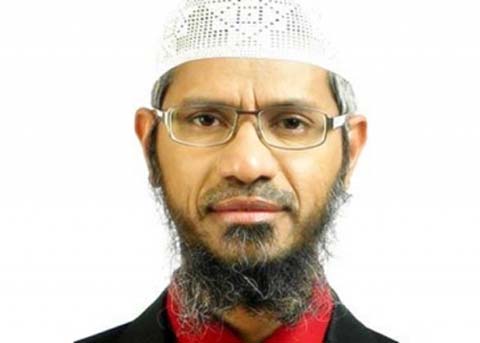 Qatar inviting controversial Islamic preacher Zakir Naik to give religious lectures during the ongoing FIFA World Cup in Doha has not gone down well with many people in India.

Naik, who is currently in exile in Malaysia since 2017, has been charged in India with hate speech, promoting enmity between groups and money laundering.

“They share his venomous and violent version of Islam, such perverts damage their respective religions. Terrible decision of the Qatar regime, its FIFA World Cup not an ‘Ijtima’ where Zakir Naik may be asked to speak. Even there he shouldn’t be invited,” noted historian Ifran Habib tweeted.

Naik’s arrival in Qatar was announced on Twitter by Faisal Alhajri, a host for Qatar’s state-run sports network Alkass.

“Preacher Sheikh Zakir Naik is present in Qatar during the World Cup and will give many religious lectures throughout the tournament,” Al Arabiya News quoted Faisal Alhajri as saying on Twitter on Saturday.