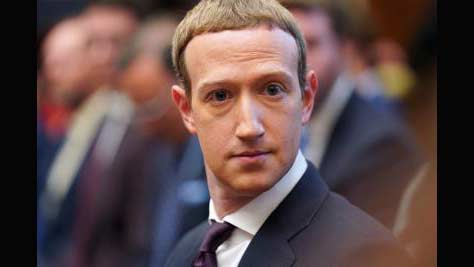 Elon Musk’s former singer-girlfriend Grimes has questioned the ability of Meta founder and CEO Mark Zuckerberg’s capabilities of making his $10 billion Metaverse dream a success, calling him “wildly under qualified”.

The Canadian singer, born Claire Boucher, slammed Zuckerberg in a Twitter post, saying that if Zuckerberg oversees the metaverse, “it is dead”.

“People who care about art and culture are building something else. Also this is bad art,” she mentioned, as Zuckerberg recently faced severe criticism on his poorly-designed metaverse avatar.

Grimes said that “the quality of this image alone speaks to how wildly under qualified he is to build alternate reality, literally every indie game looks better”.

“Aesthetics aside, they have proven beyond a shadow of a doubt they are not ethically capable of running something so powerful and should not have the power they have now,” she posted.

Last week, Zuckerberg posted a screenshot of his digital avatar standing in front of the Eiffel Tower.

However, the social media world did not like his pretty basic image, and bombarded him with memes.

“I know the photo I posted earlier this week was pretty basic — it was taken very quickly to celebrate a launch. The graphics in Horizon are capable of much more — even on headsets — and Horizon is improving very quickly,” he had said.

Recently, Musk and Grimes revealed that they welcomed a second child, a girl named Exa Dark Siderl Musk, via surrogacy in December.

Patton, Khehovi and others kick off campaign